History of the School

Castor Church of England Primary School as it is today has only existed since 1956.  Before that, there were two schools in the village.  Castor Infants School was on the present site in the part of the school that is now our Year 3 classroom, and the Fitzwilliam School was in the building that is now the Village Hall.

The Fitzwilliam School was founded in 1829 by the Earl Fitzwilliam and took the place of the original village school, which was held in the church vestry.  Quote from an extract from a lecture delivered by Mr John Hales on Castor Past and Present on 28th April 1883.

"Where the present vestry now stands was held a day and Sunday School, at which I received a greater part of my earlier education. There was a door on the side near the chancel door for entrance from without and another on the inner side where the commandments now stand. These commandments were then placed in the school, between one of the arches. The schoolmaster used to enter the church by this door to ring the treble or smallest bell at nine o'clock, and at two, to call us scholars together.  All the bells were then rung on the ground floor and were very dangerous. Our poor old clergyman once had an idea that he could ring one. There being the tenor raised for a funeral and the clerk being called away, he pulled it off and the consequence was it pulled his watch out of his pocket and smashed it on the slab floor and quite cured him of his mania."

Many people in the villages of Castor and Ailsworth remember Mr Albert Berridge, who was appointed headmaster of the Fitzwilliam School in 1944. He wrote an account of the history of the school.

“There is no hall, staff room or store room, the artificial lighting is not good and the interior of the premises needs redecorating.  Cloakroom and sanitary provision leave much to be desired, the washing facilities are particularly primitive, there being no sinks or tap water for the use of the children”

The comments on the education were more constructive!

“In class 2 the children are handled sympathetically by a mistress who is approaching retirement.  She is interested in the pupils, knows them as individuals and has established a happy atmosphere in the classroom.”

The overall conclusion was that

“The school is a happy place where the pupils are friendly and ready to volunteer information on things which interest them.”

The new Castor Church of England Primary School was officially opened by the Countess Fitzwilliam on July 13th. 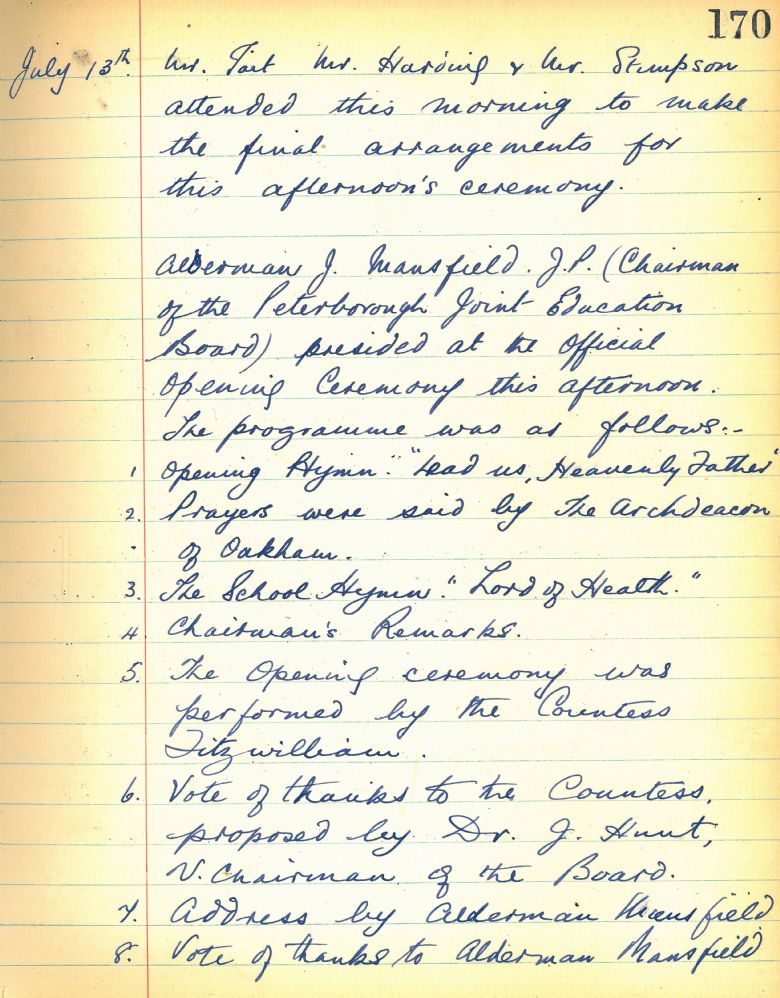 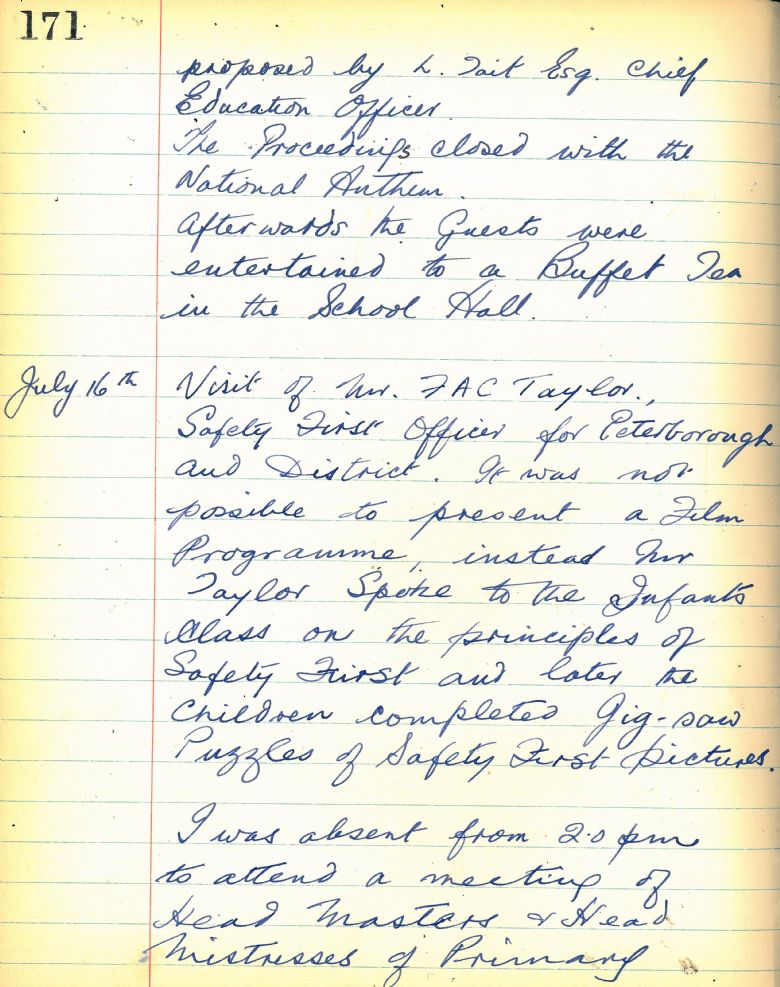 In September 1956 there were 3 classes in the school:

History of the School Site

Castor is a well known and well documented Roman site. Two important roads, Ermine Street and King Street, met here, and Roman pottery known as Castor Ware was made locally. Much of the centre of the village is a Scheduled Ancient Monument and the school is within this area.

Evidence of a considerable number of Roman buildings has been found in the area, including a palatial building on top of the hill just behind St Kyneburgha's Church. Part of the palace can still be seen on Stocks Hill.

It is thought that some of the buildings were on what is now the school site. This certainly makes studying the Romans more interesting!

Archaeologists have worked on the site at different times.  The first major investigation was done in the early 19th century by Edmund Artis, who was agent to Earl Fitzwilliam of Milton Park.  A drawing from this time shows excavations of a bath house below the church just where our school field is now.

In the last ten years, several excavations have taken place around the school, finding remains of walls, bricks and tiles.  In 2010 we enjoyed a visit from Channel 4’s Time Team.  As part of their investigations in the village, the team carried out a large excavation on the school playing field where they found some interesting remains and parts of what they believe to be a Roman bath house wall.

Over the last few years the school has been extended and modernised. A new library was added in 2002, followed by a new classroom and outdoor area for the Reception children in 2004. Our new school hall was completed in 2008, providing much needed space for PE and other activities. A double mobile classroom was installed in 2017 and, for the first time, the school now has a class in every year group from Reception through to Year 6. 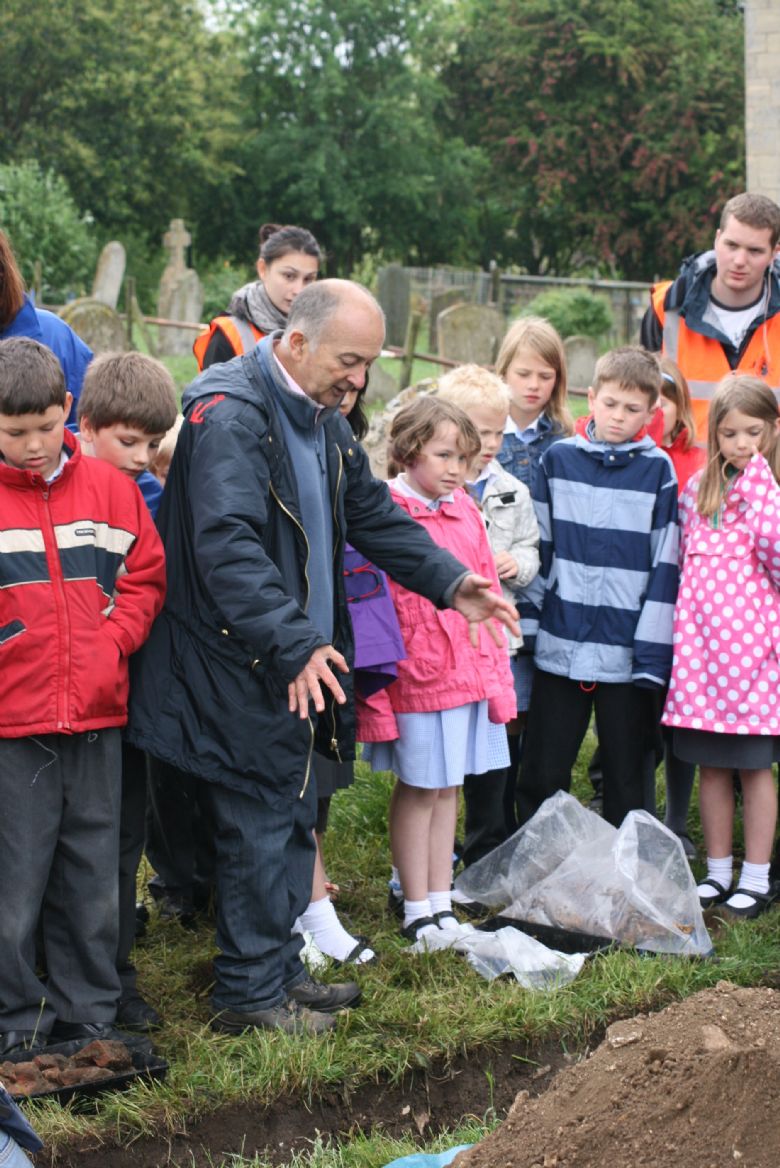